While the majority of Smart City applications can be developed and deployed using traditional approaches, researchers are investigating how a new class of large scale, dynamic applications can leverage the power of Fog Computing, to build and deploy applications that are distributed throughout the smart city running on a variety of devices ranging from city servers, down to embedded computers in traffic signals and light posts.

As part of a longer term research project, Urban Opus has been working with researchers at the University of British Columbia (UBC) to design and build a framework for these class of large scale city wide applications.

Using an extended version of the Node-RED IoT programming language, known as Distributed Node-RED (DNR) application developers can quickly compose their applications using a visual development tool, and then apply constraints to the components to direct where in the city they should run

Once the application is deployed, it is automatically distributed to processing nodes throughout the city – the details of the breaking the application into pieces, their distribution, and making sure they continue to communicate, even when they are relocated, is handled by the underlying DNR platform. 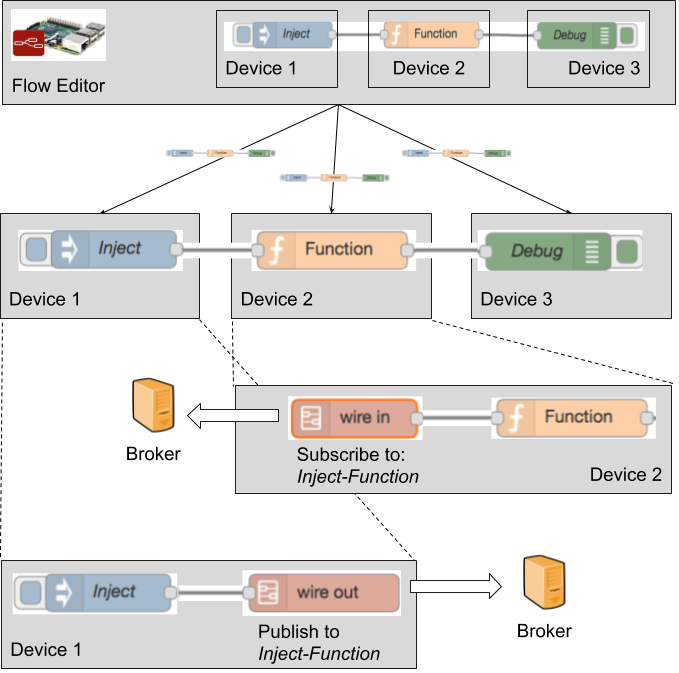 Full details are available in this technical paper